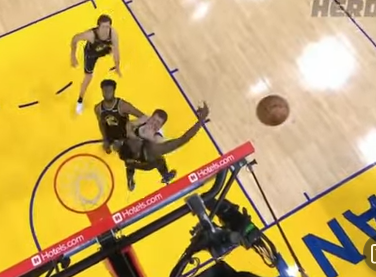 Draymond Green knows his worth and he’s coming for it.

Reports are saying that the four-time NBA champion is asking for a five-year max extension which was first reported by The Athletics.

It is also said that Green is willing to leave the Golden State Warriors if he’s not given the desired offer.

The Warriors paid the highest luxury tax ever in the history of the NBA and it is certainly their concern coming to the new season as they would also accomodate the contracts of key pieces and future franchise players Andrew Wiggins and Jordan Poole.

Stephen Curry likewise will be unhappy if Green doesn’t get paid reports said as well.

Green had an average of 7.5 points, 7.3 rebounds and 7.0 assists last season almost similar to his average last season.

What will be the final say in this negotiation will be huge as he is the soul of the team and part of the Big 3 spearheaded by Curry and Klay Thompson.