PORTLAND — On paper, the 2019 Western Conference Finals appears to be a notably one-sided battle dominated by the reigning and two-time defending champion Golden State Warriors, who are on the verge of sweeping the Portland Trail Blazers.

Although the Warriors have outscored the Blazers by a total of 340-304 through three games, or by an average of 12 points per, this best-of seven set is really much closer than you think. In fact, this could have been 2-1 in favor of Portland by now.

Unfortunately, the Blazers couldn\’t protect the solid,double-digit leads they painstakingly built in their last two defeats.

In today\’s Game 3, the Blazers jumped on the Warriors early, and when Seth Curry made a deep 27-foot 3, their lead ballooned to 60-42 with only 2:28 left before the half. Again, the Blazers failed to capitalize and watched their lead completely evaporate when the Warriors went on a 29-13 third quarter run which left Portland behind by three, 82-79, entering the fourth quarter.

Even in the Game 1 blowout, the Blazers were in it and trailed by just six points — 77-71 — at the end of three quarters before the Warriors would eventually pull away with a blistering 39-point fourth quarter.

Under head coach Terry Stotts and with the leadership of two All-Stars in Damian Lillard and C.J. McCollum, the Blazers have proven that they can compete with powerhouse Golden State. What they haven\’t shown, unfortunately, is the ability to protect a lead and use it as an impetus to win a game.

\”They stay calm and they don\’t really get rattled,\” Portland center Zach Collins told The Oregonian about those resilient Warriors, who have taken Portland\’s best punch so far and have somehow remained standing at 3-0 and one game away from a fifth consecutive trip to the NBA Finals.

The Warriors have embodied grace under pressure and courage under fire. And that\’s why they are the two-time defending champions gunning for their third straight title, a historic feat last accomplished by the 2000-02 Los Angeles Lakers led by Shaquille O\’Neal and Kobe Bryant.

The Blazers, meanwhile, only have themselves to blame for missing out on golden opportunities. Game 3\’s 18-point lead at home probably hurts the most. Realistically, Portland could have been on top of this series 2-1, or at the very least down just 1-2.

Instead, they head into Game 4 at the Moda Center on Monday (Tuesday morning in Manila) facing elimination. (RG) 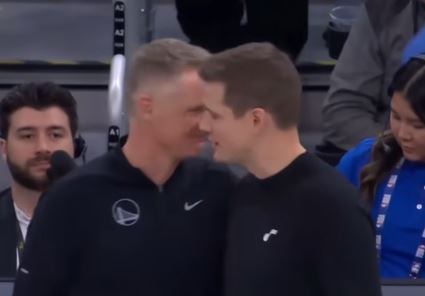 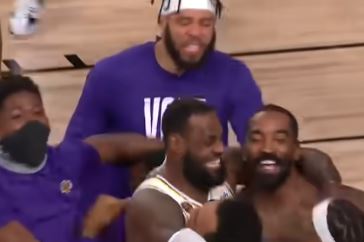