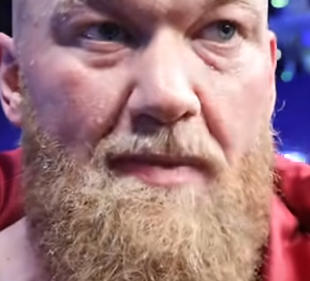 Hafthor Bjornsson made it already clear that he will only grant Eddie Hall a boxing
rematch if the latter will really insist.

Thor won their anticipated heavyweight clash by points and his next goal is to move on
from the win.

“I’ve moved on, I told him good job, it was a hell of a fight. Congrats to him for all the
hard work he’s been putting in,\” he said after he knocked the former world\’s strongest
man down twice.

If he will to choose, Thor would not engaged in a rematch citing his bad blood with Hall.

“I don’t really want to communicate with him. We’re not going to be best friends, that’s
just a fact. But if he wants the rematch I’ll give it to him 100 per cent.”

Jake Paul offers $15 million each for Will Smith, Chris Rock to box after Oscar’s incident