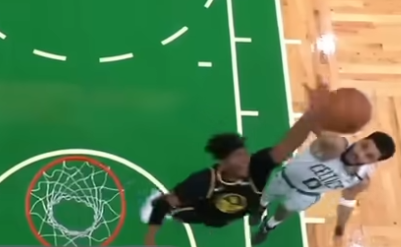 Golden State learned from their mistake and made sure it won’t happen again in Game 2.

The Warriors built a 23-point lead in the third quarter courtesy of Jordan Poole’s halfcourt buzzer-beating trey and definitely Game 1 flashed back to them.

But again, there’s no meltdown this time in the fourth quarter as they dominated Boston until the final buzzer, 107-88, to even the NBA Finals series at 1-1.

Stephen Curry cooked with 29 points on five triples while Poole hosted his own party with 14 points and two steals.

Klay Thompson was badly missing scoring only 11 points on 4-19 shooting but his teammates made up for it including Gary Payton Jr. who returned to action after missing several games due to an elbow injury. The second generation defensive specialist contributed seven points, three rebounds, three assists and a +13 efficiency.

Meanwhile, Jayson Tatum who waxed hot in the first half gone cold after for a total of 28 points.

Game 3 will be played this Thursday (PH time) in Boston.

A true “monster” as Inoue TKOs Donaire in rematch