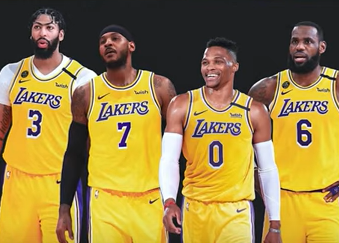 There are still three months before the new NBA season starts, a lot could still happen and these veterans might still land on any of the 30 teams.

After a one-year deal with the LA Lakers, Carmelo Anthony’s next decision or destination is still unclear. The veteran bucket-getter registered 13 points, four rebounds per game last season, and it was pretty decent.

Blake Griffin is also a free agent at the moment after his stint with the Brooklyn Nets in which, just like the Lakers, ended up in disappointment. The former no. 1 overall pick has been bugged by injuries that kept him away from the court for several times.

Another veteran that is still up for grabs is Dennis Schroder who had an average of 13 points, five assists and three rebounds last season. Among the three mentioned, Schroder is the best available veteran right now.